As Bill Gates rightly said – “ The internet is becoming the town square for the global village of tomorrow.” we can not overlook the importance of social media in our day-to-day life. From eating and reading watching to daily needs, we are highly dependent on social media. Talking about which, how can we forget about influencers on social media and how they are bringing a revolution altogether?

As influencers on social media are increasing every day and there are a lot of changes happening worldwide, we are just one scroll away from knowing about anything and everything. As most of you are into scrolling through your feed, there must be at least a few specific influencers you follow, and stay updated about them almost every second.

As I spent a considerable amount of time yesterday, I have listed a few influencers that might be a good follow for your social media. I have listed five primary topics, and you can suggest more if you want. I have covered sections of lifestyle, food, travel, fashion, and gaming influencers. Not only are these influencers on social media they also have a significant role in other sectors of the economy.

To be precise, there is a lot to learn from these influencers on social media, how they have perfectly balanced their life and kept fun and entertainment as part and parcel of their work. In today’s world, with the increasing pressure and competition in the contemporary life, we expect to make the most out of life and forget ourselves in the long run.

You can always pick up your genres and field of interest and decide which influencers to follow and which type of profiles will suit you. Here I have listed ten influencers on social media that inspire me in my day-to-day life and have left a considerable impact in their respective fields of interest.

Influencers on social media for lifestyle:

These two names take a special mention because not only do they work as a normal lifestyle influence on social media, they have added credibility at the same time. 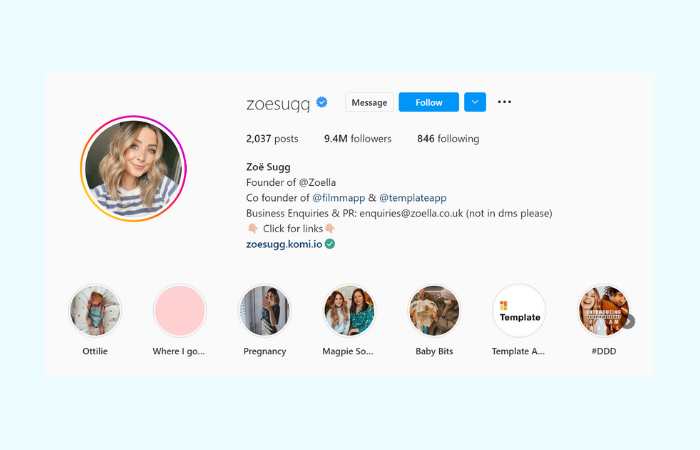 The YouTube name poof this influencer is Zoella, and her full name is Zoe Elizabeth Sugg. She started her career as an apprentice in an interior designing company. While working there, she created “Zoella,” her blog, in the month of February 2009. Gathering a thousand followers in just seven months, she soon grew and achieved around 540 million visits.  She created her YouTube channel in 2009 while working at New Look, a British clothing band, and initially named her channel zoella280390.

Though she started with beauty, fashion, and product reviews, she soon took a turn and started turning her content dedicated to lifestyle blogs. In September 2014, she first launched her first range of beauty products. She named her brand Zoella Beauty.

According to metro ‘bath and beauty’ range of products was “the biggest beauty launch of the year.”  She became the director of ZS Beauty Ltd. in 2016, a wholesaler of cosmetics and perfumes. She soon became the director of ZS lifestyle Ltd. in 2016 and continued both for a few years. In 2020 due to internal conflicts, she discontinued both ZS Beauty Ltd. and ZS Lifestyle Ltd. Not only this, she wrote a number of books as well, and they sold quite a several copies. She is also the co-developer of a mobile photography application known as Filmm. Along with this, she also co-developed an Instagram story editing application known as template.

So as you can see, she is not just an influencer on social media. She also succeeded in different aspects of life. Follow her here to know more about her. 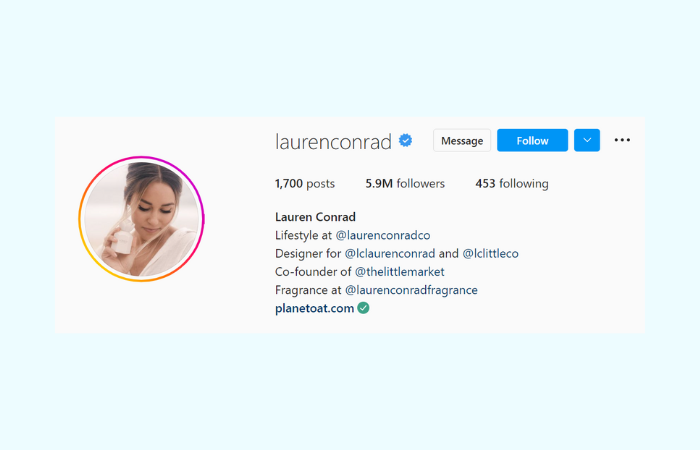 Lauren Conrad or Lauren Katherine Tell is a very famous personality in the lifestyle niche. This mother of two is also an author, reality star, entrepreneur, and designer. She was not one of those intellectual students in school, but slowly she discovered she had an intimate relationship with designing and fashion. She started her career on MTV for the Laguna Beach: the actual orange county. She and her batchmates’ high school life was documented. Followed by some featured shows, she started working in the series named The Hills. She continued with the same sequence for quite some time and ultimately left MTV as she decided not to share about her private life anymore.

Later, towards the end of 2013, Conrad opened an online store with her friend Hannah and named the store The Little Market. She also introduced her own fashion brand and premiered it in 2008. Needless to say, it received a great response. She also presented her beauty department with her hair stylist Kristin Ess and planned to expand it into a cosmetic line soon. Soon in 2020, she launched a line of cosmetics and named it Lauren Conrad Beauty, where the products were of an affordable price range and also eco-friendly. This entrepreneurial influencer on social media is not just a regular influencer and offers something or the other for everyone as a lifestyle influencer.

Influencers on social media for fashion:

If you ask me why these influencers on social media need special attention, it is because they are more than just everyday fashion influencers. 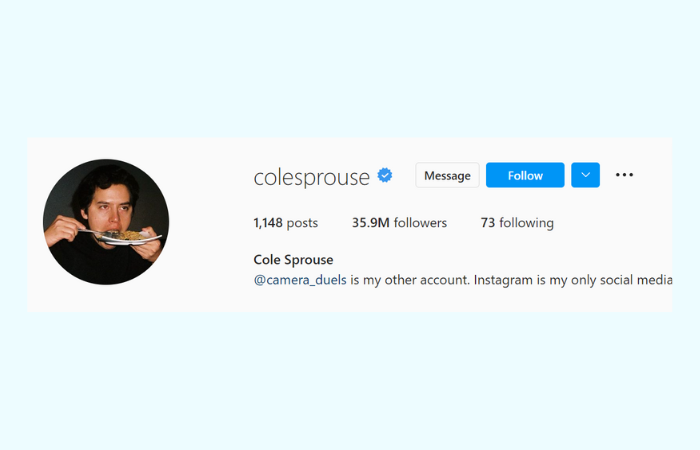 Cole Sprouse is a fashion influencer who is also a renowned actor. He started his career at an early age of life. He was around eight months old when he first started. If you have watched F.R.I.E.N.D.S., you must know Ben Geller, and it was none other than Cole Sprouse himself. Apart from this, he played Cody Martin in The Suit Life of Zack and Cody and Jughead Jones in the famous Netflix series Riverdale.

He has been pulling off his life along with his twin brother quite well. While Cole maintained his acting career so well, he came out as very successful fashion influencers on social media. Needless to say, it was easier for him to get into the social media as an influencer because of his pre-existing fan base but he creates fashion statements that will blow your mind. Not only this, he is amazingly well versed in photography, and his Instagram wall screams that out loud in a very vivid way.

Follow him here to learn about this highly talented young man. 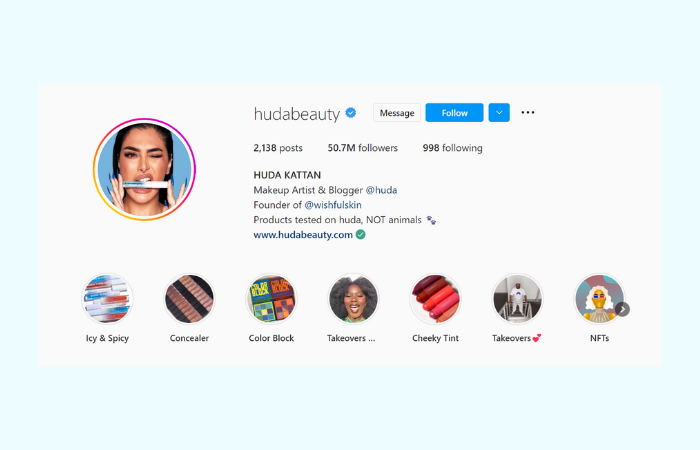 Huda Kattan studied make up and started her career with Revlon as a makeup artist. In April 2010 Huda Beauty was born as a beauty related blog in WordPress where she posted about make up tips and tutorials. In 2013 she introduced her product line with the same name of Huda Beauty and her first set of products was eyelashes and released it through Sephora. Kim Kardashian wore the Huda Beauty eyelashes as well. Furthermore, she introduced eyeshadow palettes, liquid lipstick, foundation, lip liners, liquid eyeshadows, concealers, and more.

In 2017 Huda ranked them at the top most position in the 2017 Influencer Instagram Rich List. So, needless to say, that she also reached heights as an influencer. Being a fashion influencer, she has always been informative, and around 2020, she achieved about forty seven million followers on Instagram. She made her way to the Forbes list as one of the most powerful beauty influencers and was among the top 10. Not only is she a very powerful influencer, but at the same time, she exactly new how to be an entrepreneur. That is what makes her so unique on my list.

Follow her here to learn more from this super powerful entrepreneur influencer.

Influencers on social media for food:

If you love food and you want to know about food, then definitely follow them. 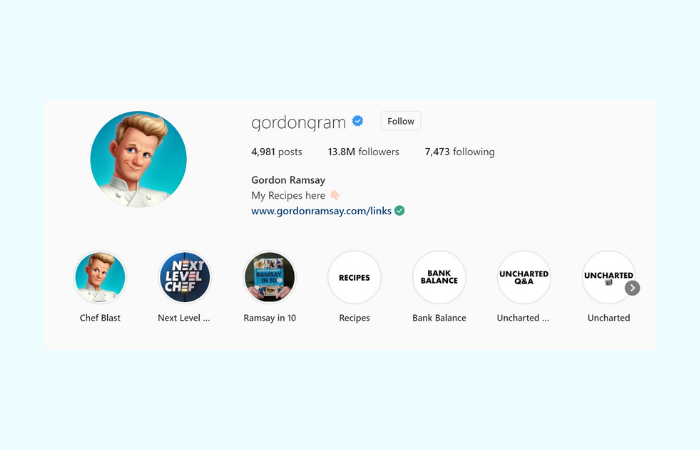 Gordon James Ramsay is a British chef who is well known for television. Besides, he is also known as a restaurant owner and a writer. In 1997 his restaurant was founded, and it is known to have fifteen Michelin Stars. In 1999 he became pretty famous through the television show The Boiling Point and, with time, became the most influential chef. Though his early life seemed quite turbulent, he received the title of OBE from Queen Elizabeth II and many other awards.

This British Chef was also well versed in football and was selected for under fourteen matches but was marked with injury, and his career ended there! He worked as a pot washer in a local Indian restaurant where one of his siblings used to be a waitress. He did not lose hope; he started his studies about culinary at the young age of nineteen and later started his career in the kitchen. At 23, he moved out to Paris and received his utmost guidance from Guy Savoy. Finally, after a lot of hustle, in 1998, he opened his first restaurant Gordon Ramsay restaurant in Chelsea.

Not only did Gordon struggle, but he strived and survived. He might have a short temperament or less tolerance, but how far he has come despite his boundaries is no wonder, an achievement of his own. Follow Gordon here to stay updated about food. 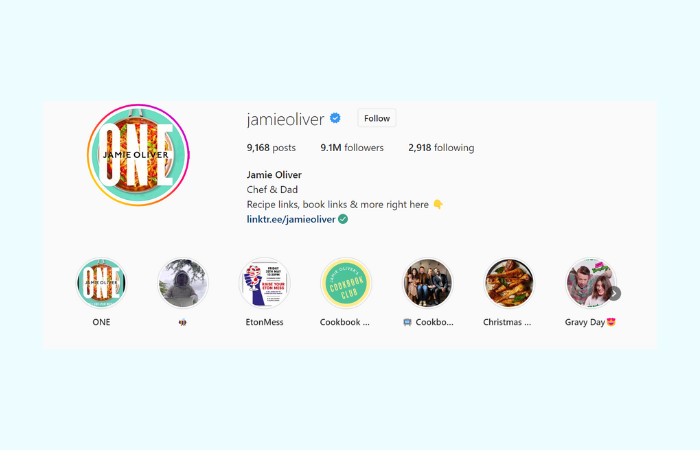 James Trevor Oliver is a well known chef and cook book author. He is famous through television and his straightforward approach to cooking. He started his career as Pastry Chef at Antonio Carluccio’s. He soon became the owner of his own restaurant chain and hosted or was casted in a number of television shows.

Oliver’s holding Company made so much money that he made his name to the top wealthiest Britons under the age of 30. He managed to reach the rank of the second best seller in the UK right after JK Rowling, and that is an achievement of its own.

Influencers on social media for travel:

Traveling has always lured people to different places, and knowing or seeing more about a home is an absolute go to for me. Being a solo traveler myself, exploring more and more about a business gives me a different level of peace. Two names that come to my mind while watching travel influencers are:

Their inspiring stories does make them unique as an influencer in their respective fields. 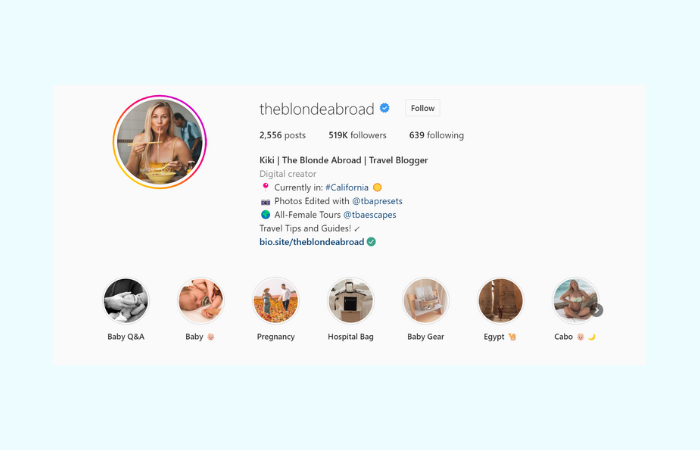 Kiersten Rich started her early life as an administrative assistant in 2006. After a year, she found herself a job in Morris Wealth Management and worked there for about three years. Right from there, she shifted to American Financial Network, and after eight months she thought of following her passion for traveling and started The Blonde Abroad.

The Blonde Abroad not only won awards but also won hearts. She started her own travel company as well in 2017. TBA Escape is an all female travel company, and it did tours to 5 different countries. She also made her way to the top 10 travel influencer on the Forbes list. Needless to say, her contributions in the field are considerably appreciated.

This American photographer worked as a freelancer photographer in both editorial and commercial projects. Not only this, he had more than 35 magazines that published his projects. He received quite a number of awards for the same.

As a travel influencer, he covers different aspects of a place, all from a different angle. His travel page is a must watch. Click Here.

While all the travel influencers will give you something to take away, these two people will provide you with more than just travel content. 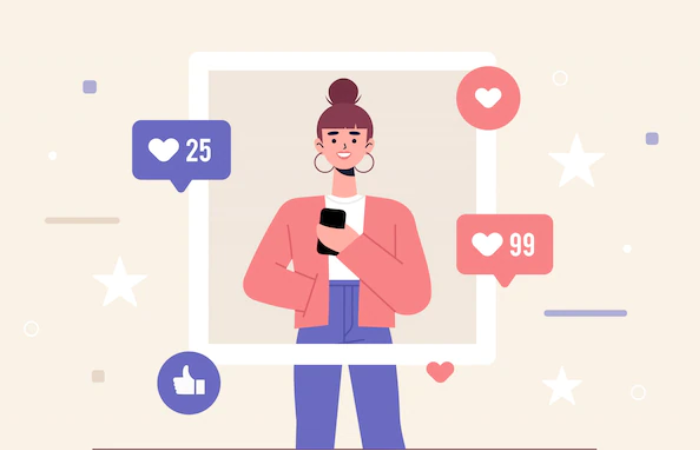 To draw a conclusion:

For the above mentioned eight influencers on social media, it is to remember how they turned their paths, struggled, and never stopped believing in themselves and their passion. They know precisely how to balance different aspects of life and create an area where they can influence the world.