“Inflation is always and everywhere a monetary phenomenon, resulting from and accompanied by a rise in the quantity of money relative to output.”

what is inflation in economics?

What is inflation in economics? Inflation is a general increase in the prices of goods and services. When the general price level rises, each unit of currency buys fewer goods and services; consequently, inflation corresponds to a reduction in the purchasing power of money.

What causes inflation to occur?

Three leading causes of inflation are broken down for you in simple language:

Demand-pull inflation arises when aggregate demand in an economy is more than aggregate supply. This leads to upward pressure on prices, followed by a supply shortage.

Cost-push inflation is caused by substantial increases in the cost of essential goods or services where no suitable alternative is available. Growth in the cost of wages and raw materials leads overall price increase.

Inflation and deflation are one of the most important concepts to understand. Exactly what is inflation in economics? And why do we even care about it? You might be thinking, “why should I care” but in the realm of economics, you should care.

What’s the difference between inflation and deflation?

Inflation and deflation are both measured by changes in the Consumer Price Index (CPI), which compares the cost of a basket of goods and services purchased by urban households. The CPI is one way to measure inflation’s effect on consumers.

What are the different ways to measure inflation?

There are two standard measures of inflation: CPI and the GDP deflator.

The consumer price index (CPI) measures changes in prices paid by consumers for consumer goods and services. The CPI is compiled monthly by the Bureau of Labor Statistics (BLS) from sales made in thousands of stores across the country. It covers about 80% of the cost of living in the US and is widely used worldwide.

GDP Deflator shows the rate of change in the price level of all final goods and services produced in an economy during a year, expressed as a percentage increase or decreased from the previous year.

The main theories of Keynesian economics are:

While studying what is inflation in economics? it is important to know inflation has both good and bad consequences for an economy. As a general rule, low inflation benefits people because it allows them to plan their finances better. It also promotes economic growth since it makes it easier for consumers to buy things they need without having to worry about rapid price increases.

On the other hand, high inflation can hurt an economy by making it difficult for businesses and individuals to plan ahead because they cannot be sure what the future costs will be. High inflation also hurts the purchasing power of consumers and reduces their ability to buy things they need in the future for analyzing what is inflation in economics? it is important to know the consequences. 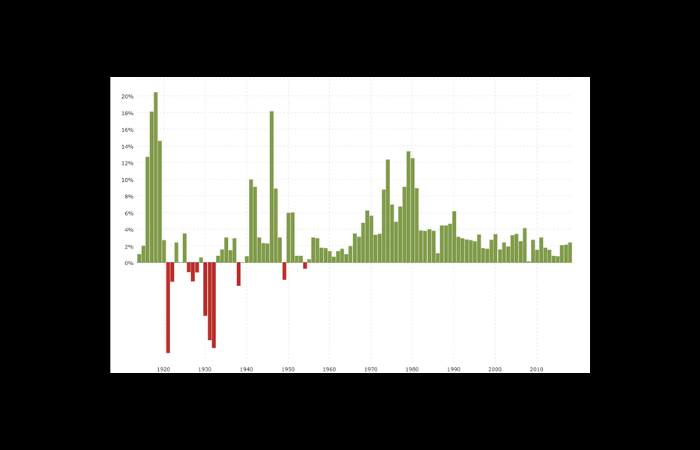 How is inflation rate calculated and How to control inflation?

If we study what is inflation in economics of a particular country and analyze the hike in the price of the offered goods and services we can come across the inflation of that particular period. At the same point in time, we can also measure the intensity of inflation through percentage change. If you are in search of such questions then do take out a few minutes to grasp a better knowledge of the same.

What is inflation rate?

What is inflation in economics? If what is inflation rate has to be answered then it can be correctly said as the percentage increase or decrease in the prices of goods and services over a particular period of time.

How is inflation rate calculated?

Who decides the inflation rate?

BLS or The U.S. Bureau of Labor Statistics is the authorized organization that decides the inflation rate. BLS uses the Consumer Price Index to measure inflation which gets its information from a survey of 23,000 businesses and records the prices of 80000 consumer items per month.

What happens when there is very high or very low inflation rate?

Slow economic growth and depressed wages are a result of a low inflation rate which shows lower demands for goods and services. This condition of the market often leads to recession.

Very high inflation also slows down the economy and leads to unemployment at a very high level.

How to measure the inflation rate?

Inflation can be measured in 4 ways:

CPI or Consumer Price Index measures the weighted average price of the market basket consisting consumer goods and services purchased by the households in a month. CPI value is computed to measure the price level that affects the heterogeneous customers. The CPI is used by the government to roll out price based policies, and tax-policies.

Because of the high bounce rate of food and energy prices, the CPI is often calculated excluding them. This CPI is known as the Core CPI.

PCE or Personal Consumption Expenditure measures the weighted average spending of consumers over a period of time.

When PCE is measured excluding the food and energy prices it is known as Core PCE. 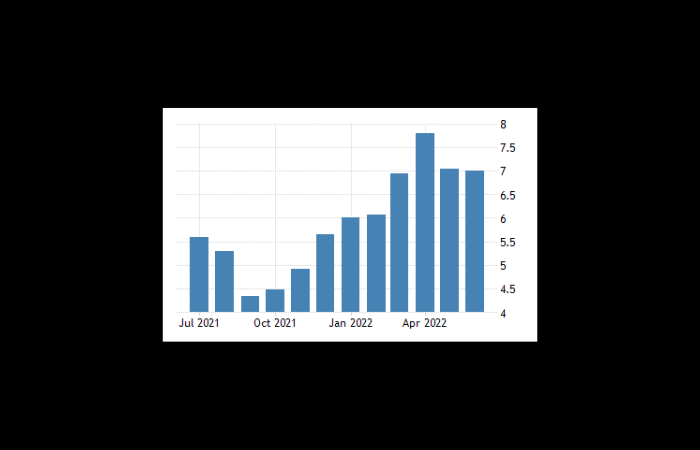 How to control inflation?

To control inflation, government implements specific measures as and when necessary. It mainly involve a deep analysis of the economy and figuring out the suitable measure. It involves proficient study and implementation. The measures to control inflation can be summed up as –

This type of measures are used to reduce money income. This can further be categorised as:

The supplementary measures to monetary measure is known as fiscal measure which focuses on reducing government expenditure, private and public investment and personal consumption expenditure. This is done through –

Besides monetary and fiscal measures there are certain other measures which helps to reduce inflation; that can be summed up as-

In short inflation is common but the inflation rate needs to be in check for the welfare of the country. In the above discussion you have probably gone through how it can be measured and what measures can be taken to control inflation. 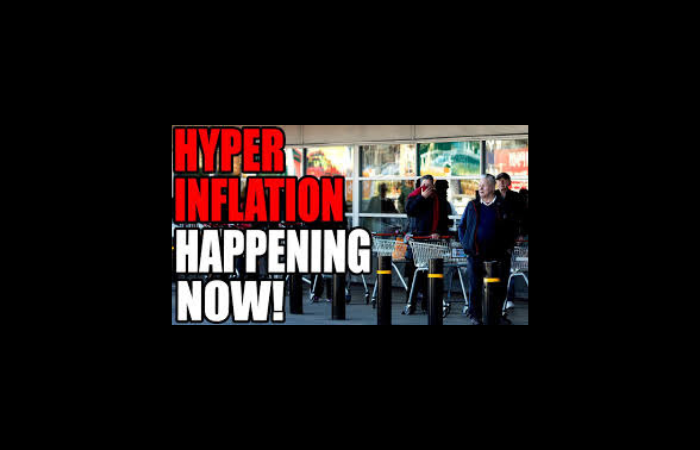 Hyperinflation is one of the most feared catastrophes of our time. Several countries around the world have encountered a high level of inflation in recent years. In fact, there are at least five countries that are currently suffering from hyperinflation — Venezuela, Argentina, Turkey, Zimbabwe, and Iran. Comprehending what hyperinflation means may be helpful for you in predicting if your country will be affected by this phenomenon soon.

Hyperinflation is not an uncommon phenomenon in the contemporary world. It can affect any country and any currency, with varying degrees of severity. Hyperinflation is a monetary situation where the currency loses substantial value and purchasing power over time. This can be caused by a combination of factors, including exaggerated printing of cash, economic changes, military conflict, economic sanctions, government mismanagement, or poor fiscal policy.

Difference between hyperinflation and inflation:

What is inflation in economics? Inflation is an increase in the general level of prices, while hyperinflation occurs when the inflation rate exceeds 100%. It has been associated with political unrest and mass poverty in developing nations. Hyperinflation is characterized by high inflation rates due to excessive money supply increasing at an accelerated pace.

The two main routes to hyperinflation are:

1) Unable to meet its financial obligations, an economy suffers from capital flight and runs out of foreign currency reserves. This leads to an increase in demand for local currency, which in turn leads to higher inflation rates. If a country does not have enough hard currency reserves, it will be forced by foreign creditors to default on its debt (i.e., default on its bonds).

2) An increase in real interest rates will force firms and households to save more money rather than spend it on goods and services. This leads to a fall in aggregate demand (AD). The drop in AD causes inflation as companies try to raise prices or pay higher wages or salaries as they try to maintain their profits (profitability).

The first measure of hyperinflation is the price level. The price level is defined as the average price of a basket of goods and services such as food, fuel, and clothing. The second measure of hyperinflation is the inflation rate which measures the increase in prices over time. The third measure is money supply which measures how much money there is relative to the amount that could be produced by the economy at its current capacity.

Countries suffering from hyperinflation should focus on stabilizing it first:

What is inflation in economics and hyperinflation? Hyperinflation is usually caused by an increase in money supply, which leads to a decrease in purchasing power for consumers and businesses. The inflation rate can be measured using a price index such as CPI or PCE (personal consumption expenditures).

One method to help prevent hyperinflation is through strict budget controls. Governments should uphold fiscal responsibility and avoid policies that create deficits in their national budgets. A government with a balanced budget may even be able to use deficit spending during recessionary periods to jump-start the economy or to maintain job growth. 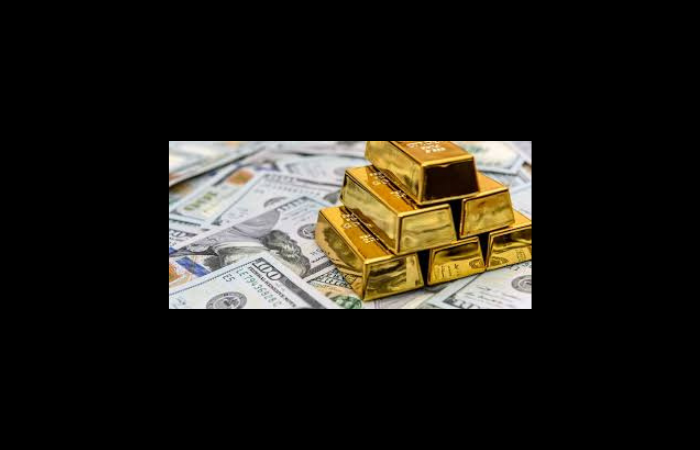 Thus we can conclude:

While it’s easy for developed economies to focus on hyperinflation and try to learn from the mistakes their peers have made, it’s harder for developing economies to generate stability again after having gotten hyperinflation. what is inflation in economics? That being said, the simplest way forward for them is China, because of its speed and efficiency.

The most effective model is South Korea, because of huge investments. If a country has a lot of growth potential or no bad debt in their financial system, they can potentially stabilize in a decade or less. In fact inflation does come as a package of good and bad but at the same time it is about how well can a particular country handle it in the long run.

Stay connected to us and let us help you with economics. Click Here to know more.